Roberta Herman, MD, is the President and CEO of Joslin Diabetes Center.

Before coming to Joslin, Dr. Herman spent nearly four years as Executive Director of the Group Insurance Commission (GIC), which provides and administers health insurance and other benefits to more than 450,000 employees and retirees of the Commonwealth, and their dependents. While there, Dr. Herman oversaw successful efforts to revamp the offerings of the GIC, created multiple new capabilities and efficiencies to improve interactions with GIC stakeholders and presented a strategic plan to optimize and grow the quasi-independent state agency. 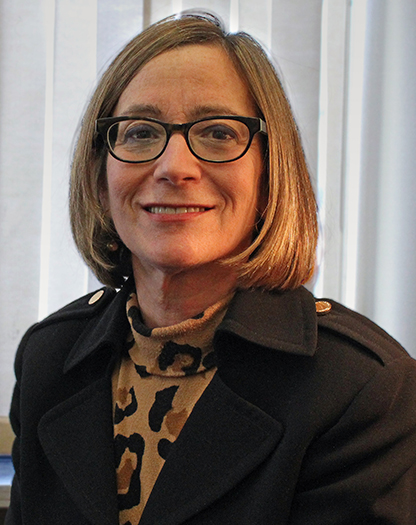 Previous to her service at GIC, Dr. Herman was the Chief Medical Officer and then Chief Operating Officer for Harvard Pilgrim Health Care, one of New England’s largest non-profit managed health care organizations, providing care and coverage to more than one million members throughout Massachusetts, Maine and New Hampshire. Before that, she had been Chief of Internal Medicine at Harvard Community Health Plan’s Cambridge Center.

Prior to being selected as President and CEO, Dr. Herman served as a Trustee of Joslin Diabetes Center for six years. She has been a Clinical Instructor at Harvard Medical School with hospital appointments at Mount Auburn Hospital and Beth Israel Deaconess Medical Center and a guest lecturer at the Harvard School of Public Health. She also has been a Faculty Mentor in Brigham and Women’s Internal Medicine Residency.

Stay informed with the latest in Diabetes Care, Research, and Development.